1998 // Heterotopic Sheet /
--
The project is arranged according to the needs of the multicultural communities of lower Manhattan and the mixed public programs of civic and private ownership. The planning involves a spatial negotiation of different concerns between the city and the community boards. Areas of green space oscillate between the forces of private sectors and civic facilities, which are ever in need of co-existence in the public realm. The design is sensitive to political and economic considerations between the community board's desire for open space and the city's wish to be a self-contained estate. The role of the landscape and architecture is to act as an intermediary between various possible programs and serves the collective interests of different stakeholders involved with the Pier 40 complex. Perhaps, the concept and the relationship of ownership in the public have arguably supplanted the discourse of the natural and the artificial as main issues concerning our reading of the now cultivated NYC.
-
Distribution of programs: 1 Nature System, 2 Pedestrian walkway, 3 Jogging path, 4 Swimming pool, 5 Skate park, 6 Bike path, 7 Garbage truck path, 8 Asian-American Culture Center, 9 Latino-American Culture Center, 10 African-American Culture Center, 11 Italian-American Culture Center, 12 Jewish Culture Center, 13 Retail, 14 Billboards, 15 Theaters, 14 Shooting range, 16 Tennis courts, 17 Basketball courts, 18 Mini Football field, 19 Soccer field, 20 Softball field, 21 Ethnic restaurants, 22 Immigration Office, 23 Library, 24 Book store, 25 DMV, 26 Driving school, 27 Parking garage, 28 Truck Storage, 29 Transit station, 30 Police station, 31 Coffee shop, 32 NYPD academy classrooms, 33 Drive-thru restaurant, 34 Gas station, 35 Gym, 36 Wedding Chapel, 37 Love motel, 38 Daycare center, 39 Tree garden, 40 Protest zone.
-
Each program was deliberately placed in order to create interesting readings of the site, as well as to critique the psychogeography of the city at-large. The programs are associated with service functions, economic sustainability and cultural needs.
-
The direction of landscape flow oscillates between the general program groups of civic and commercial loops. From the horizon of traffic on 9A West Side highway or at the river, the complex of Pier 40 will be seen as only areas of green landscape. When one's view of the site shifts from an outdoors to an indoor perspective, the landscape/building will reveal more of the architectural elements in its local conditions.
-
Circulating paths weave and overlap on the surfaces of cultivation in conjunction with discursive programs sprawled on this heterotopic sheet.
--
Project Team: Andy Ku, Kam Ku 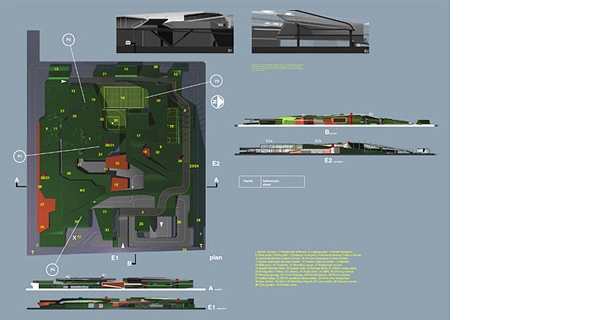 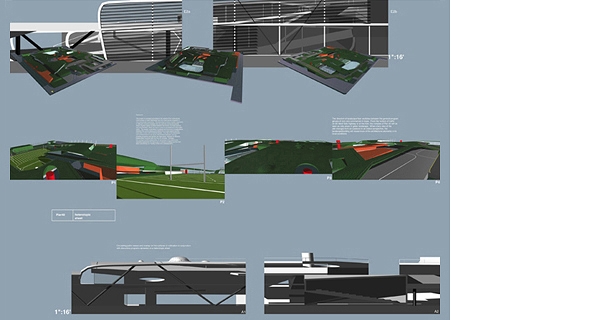 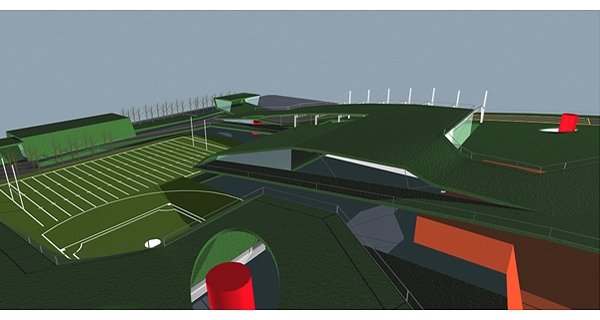 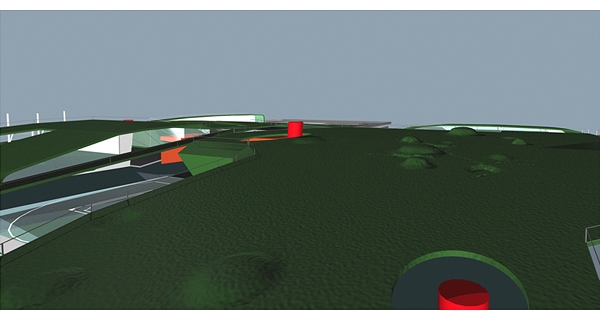 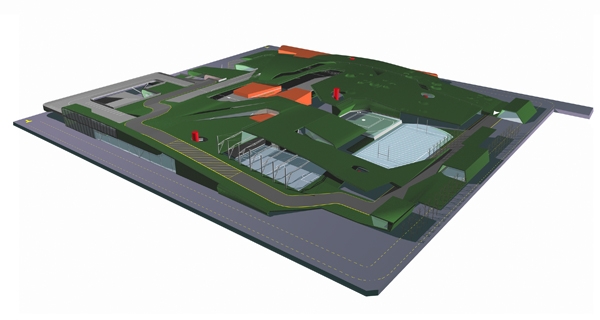